Last October, Social Security seniors got some pretty good news. Then the cost of living (COLA) adjustment of 5.9% in 2022 was announced, and it turns out to be the biggest increase recipients have seen in decades.

But that excitement was somewhat short-lived. That’s because after the news of a big Social Security hike, seniors on Medicare learned that the standard Part B premium would rise from $148.50 in 2021 to $170.10 in 2022. That’s a $21.60 increase, and one that now has the potential to eat away at the most recent seniors Social Security COLA.

While Medicare Part A, which covers hospital care, is free for most enrollees, Part B, which covers outpatient services and diagnostics, costs money for coverage. There is a standard Part B premium that applies to low and medium earners, while higher earners pay the standard premium plus a supplement. 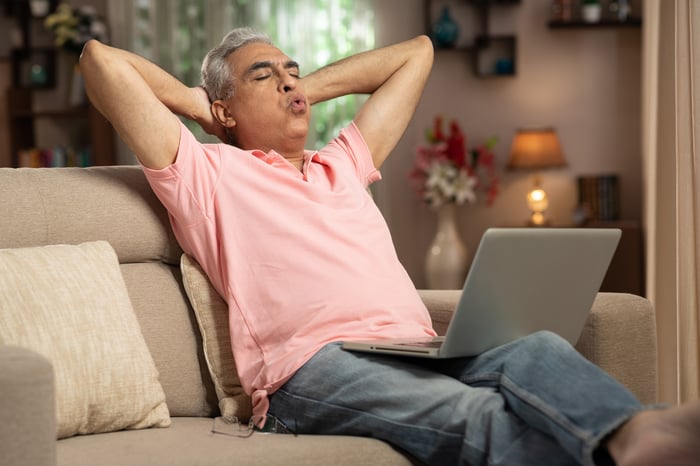 Seniors on Social Security have their part B contributions deducted directly from their benefits. It’s a convenient way to pay for Medicare, but it also means seniors often don’t get their Social Security COLA in full.

But now there’s a chance Medicare won’t impose such a substantial increase for Part B this year. And when that happens, seniors will keep more of their much-needed Social Security boost.

A touch of hope

Many seniors depend on Social Security for most of their retirement income. In recent years, those benefits have bad job to help recipients maintain their purchasing power in the face of inflation. And a big part of the reason is that the cost of health care, including Medicare, has risen significantly over the years, and at a faster rate than Social Security COLAs.

But seniors may be lucky this year. On Jan. 10, Xavier Becerra, Secretary of Health and Human Services, announced that he is directing the Centers for Medicare & Medicaid Services to reassess this year’s standard Part B premium increase.

A major reason for this year’s massive increase stems from higher costs associated with Aduhelm, a drug designed to treat Alzheimer’s disease. But the drug’s manufacturer has since halved its estimated cost per patient from $56,000 to $28,000 per year. Because Medicare’s Part B premium increase was based on that higher number, it’s easy to make the argument that Medicare costs shouldn’t rise as drastically.

If Medicare Part B premiums end up with a smaller increase, it could help many seniors stay afloat financially in 2022. While Social Security benefits are getting a big boost this year, the reason for that is that the general cost of living has fallen sharply in recent months. And so seniors who get a COLA of 5.9% may not have to bank that money so much as use it to cover higher food, gas, and energy costs, among other things.

While making retroactive changes to Part B increases isn’t something Medicare normally does, this year it’s a move that could make a lot of sense — and help many seniors financially.

If you make this choice for Social Security in 2022, you can reduce your benefits by 30% | Personal Finance

Stimulus Control Update: Who Will Get Money This Year?